Getting under dry by September 22nd was big deal as we had planned to visit family in K.C and Iowa during the last week of the month and it was nice to leave the new construction safely locked up for the duration of our time away from Kentucky.

Coming back from some wonderful relaxation with family we enjoyed watching the Blood Moon on September 27, an unusual event because this was the fourth of a Lunar Tetrad, a series of four total lunar eclipses with about six months between each of them, and because the moon was at perigee, its closest distance from the earth.

It was quite a sight even with the naked eye, but really impressive through a zoom lens, and even more impressive when it exploded!  Just kidding, that’s the light in our hotel lobby!

So this is what we looked like as of October 3 inside.  The furnace and duct work was going in, all the internal electric was finished and all the plumbing short of the tubs was in, and the doors were still bolted shut with only the lock on the garage entry providing access. 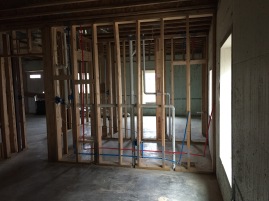 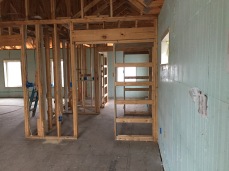 This next set shows the installation of the garage door and the window jam extensions, as well as the fireplace and the basement tub installation  It also shows  work that was being done outside to put in the gas line and dig the trench for the electric conduit.  We also poured the footer for the front porch.  All of this took place between October 3 and 23. 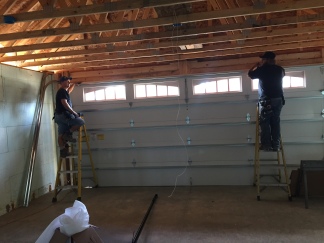 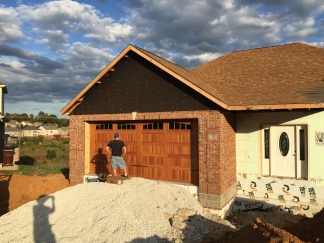 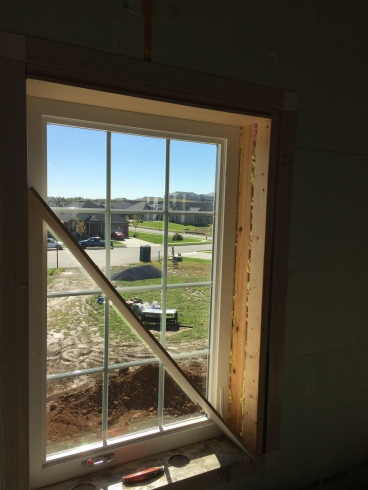 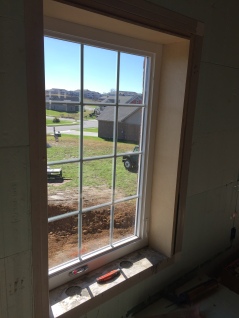 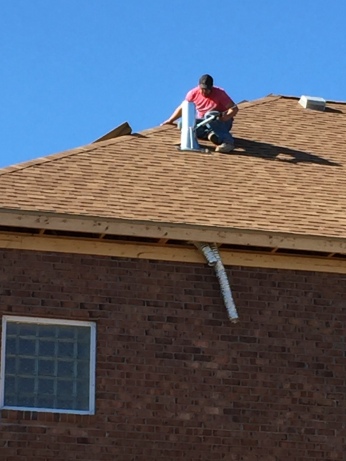 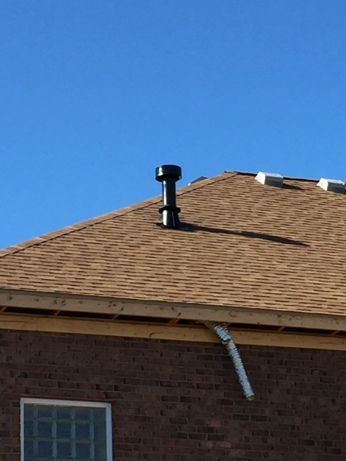 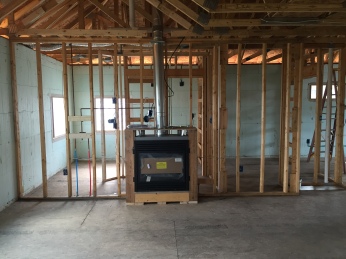 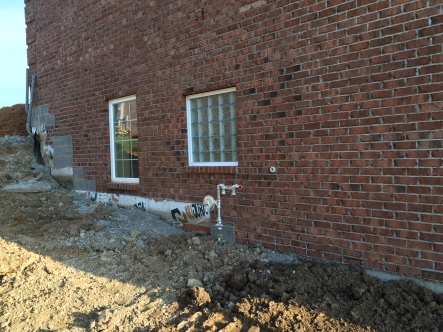 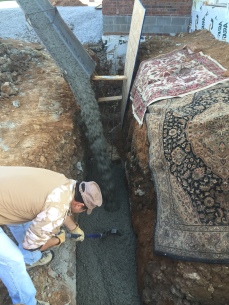 Most of this came off without any glitches, except the footer pour.   We were expecting lots of rain on the weekend of October 24, and the weather forecasters did not disappoint this time!  But we had to get concrete in before the rains; otherwise our trench would have caved in!   With major construction tying up most of the concrete suppliers, Central Ready Mix saved our day, because we only needed 10 yards (9 cubic meters) for this footer (actually less than that, but I was afraid if I did not order one full truckload, even they would not have wanted to dispatch a truck to our site!).  Then, of course, there was this little incident of the general contractor almost drowning in cement . . .  (courtesy of some software!! 😉 )  But I survived, and will post more on the construction later this week.