Nice words to a beautiful worship song, but what about when it does not feel true?  When you pray and seek the face of Father and the heavens seem bronze.  Worship ceases to be celebration of love and care because no one really seems to care, not deeply.  Worse yet, leaders do not seem to care about the people for whom they are performing with volumes too loud for comfort and enough to injure ears.  (Psalm 55:12-14)

Like the story in Reader’s Digest, a wife complained to her husband about the car beside them with the booming stereo that was rocking their car, “Well, that driver will soon enough be almost deaf.”  To which he replied, “Yes, Hon, but it won’t do us any good, He’ll just crank it LOUDER.”

Maybe denominational leaders should require hearing tests for pastors and worship leaders to see if they are operating with damaged ears.  They might realize then what they are doing to the rest of us, especially children with not fully developed hearing apparatuses.  Maybe the rocker, Ted Nugent, was right, “If it’s too loud, [I’m] too old.”  Maybe too old to attend “worship” performances that will damage my hearing as much as circular saws and hammer drills which operate at ~90-100dB.  (See https://capost2k.wordpress.com/the-science-behind-if-its-too-loud-youre-too-old/.)

Just feeling very discouraged these days and wondering if anyone really cares. 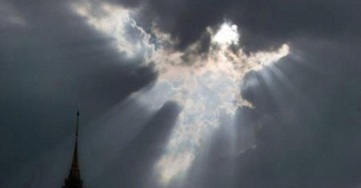 Psalm 130:1-6
Out of the depths I cry to you, Yahweh; Yahweh, hear my voice.
Let Your ears be attentive to my cry for mercy.
If You, Yahweh, kept a record of sins, Yahweh, who could stand?
But with You there is forgiveness, so that we can, with reverence, serve You.
I wait for Yahweh, my whole being waits, and in His word I put my hope.
I wait for Yahweh, more than watchmen wait for the morning.

Please, don’t ask me to pray, at least not for a while.

After several blogs on prayer and knowing God (January 18, 2015, October 9, 2016, January 16, 2017), I am back at square one.  I have prayed for church leadership in America, and specifically for my fellowship, that they would show some concern for the well-being of their attendees, but churches continue to damage the hearing of people as though thumping base and pounding volumes will make people think the Holy Spirit is touching them.  Even non-believers are concerned about the volume of noise in our society, an ungodly culture which evangelicals are imitating.  (See How Sound Affects Our Health and Hear, Hear: The WHO Gives Lower Volumes a Ringing Endorsement.)

I have prayed for God to reveal Himself to family members who behave in ways that embarrass our Lord, but they seem oblivious to the commands and examples of the Bible.  I pray for my neighbor’s MS; I love him like a brother and cannot understand why God has not healed him.  I keep waiting to hear how he got up one morning and walked to the bathroom to shave before realizing that he should have needed his scooter to get there!  Imagine the amazement and celebration as he called to his wife and together they wondered at the fact that he was standing on his own.

I pray for others, family and friends, who do not even believe that Jesus arose from the dead.  I pray for relationships that seem already dead ended, stuck in place until we die.  I pray for those for whom no one else that I know of is praying and see no evidence that The God Who Is There cares about their plight.  I pray according to Scripture for our country that continues its slide into divisiveness, a trend more the result of social media than political parties; if we disagree, we just “defriend” and never hear other intelligent views different from our own.

So please, don’t ask me to pray, at least not for a while.

Do not misconstrue my consternation.  I know that God is there/here.  The historical evidence for the accuracy of the Biblical record is unchallengeable by any reasonable mind (May 17, 2015).  The truth of the resurrection is as certain as George Washington being our first president (August 16, 2015).

This confusion of mine over prayer is against a history of answered prayers.  I remember standing by a hospital bed in which Yolanda’s baby with meningitis lay wracked with fever; a group of us prayed and the next day one of the doctors was angry because he was convinced the labs and staff had messed up the tests; this perfectly healthy baby could not be the one he had examined the day before!  My own stroke recoveries are nothing short of miraculous; how many people do you know with six strokes who still appear to function normally every day?  Several times God seemed to speak to me or to people or situations around me, thoughts that seemed to come out of thin air, including “remembering” a verse of the Bible at a critical juncture in my life; one that I had never memorized.  And testimonies of hundreds of others recount supernatural interventions for which there are no other explanations.

Still, depressing discouragement sets in when the answers do not come.  Maybe He is simply saying, “No,” by not speaking.  Maybe my motives are mixed so that I can brag about my prayers getting answered (James 4:3).  Maybe there is unaccounted sin that makes the heavens like bronze (Psalm 89:30-32; Psalm 81:11-14).  Maybe He is just waiting for His time to be right (John 9:2-3).  Maybe there are simply things I do not understand.  Now there’s an original thought!  Imagine, I don’t understand!?

A couple weeks ago, speaking with a highly intelligent and expertly qualified therapist, we began discussing “blind spots.”  There was something in his description of deductive logic with which I disagreed, and I mused maybe it was simply a blind spot in my mind.  Trying as hard as I could, I could not see his reasoning.  A minor side point of our discussion, but a major point of understanding “blind spots.”

So please, don’t ask me to pray, at least not for a while.

But my heart aches for the relationships for which I pray, for my neighbors difficulties, for the family and friends who are missing God’s best for them, for the servants of our God who I present to Him, for church leaders’ deaf ears, for the attendees who are being damaged and misled about worship, for so many needs I cannot mention them all here.  And where else can I go but to The God Who Is There? (John 6:65-69)

So go ahead and ask me to pray, but don’t expect any miracle.  That’s for next Sunday’s blog.