Returning to a theme of Prophecy, it is important for Christ-followers to not take a laissez-faire view of the rapture.  “I’m saved and ready, so I can relax.”  Father will hold us accountable for what we know and do not share with those who need to know.  “Whoever knows the right thing to do and fails to do it, for him it is sin.” (James 4:17) 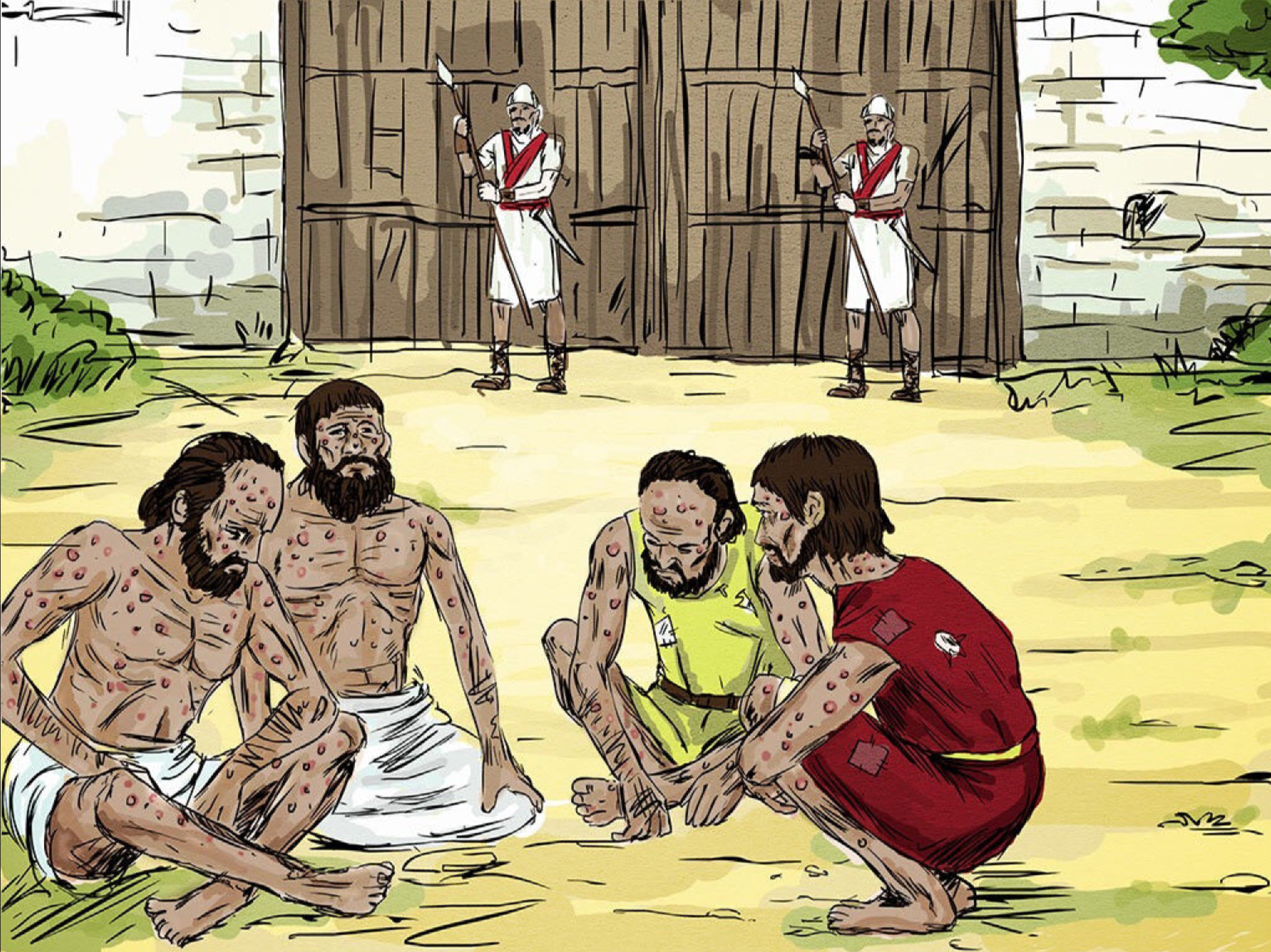 Consider the four lepers of 2 Kings 7.  The Syrian army was besieging northern Israel such that there was a famine, possibly because the enormous Syrian army was taking all the grain and animals that would normally be food for the Jews of Samaria, possibly inflicted by God for the sinfulness of the northern tribes of Israel, led by Ahab’s second son, Jehoram (aka Joram).  Miraculously, God had chased the Syrian army away in a night of confusion and they had left everything in their camp, fleeing on foot.

Since “lepers” were considered unclean and could not go into the city, the four decided to go into the Syrian camp and settle their fate by letting the Syrians kill them rather than die of hunger outside a city that was also famished.  When they found the camp deserted they started taking spoils of war from various tents and hiding their new-found wealth somewhere nearby.

Realizing that they were blessed and the city was still assuming it was under siege, they went to the gate of the city and reported that the Syrians were gone and everyone could come out and plunder the camp.  Suspiciously at first, the Israelites came into the camp, but when it was confirmed that the Syrians were not laying a trap, the whole city rushed out to grab food, drink and all the goods left behind.

But our focus is on the four lepers.  They realized that they had stumbled onto something wonderful and fearing Yahweh, the God of Israel, they recognized that to enjoy God’s blessing and not share it would result in punishment.  “We are not doing right. This day is a day of good news. If we are silent and wait until the morning light, punishment will overtake us. Now therefore come; let us go and tell the king’s household.” (2 Kings 7:9) 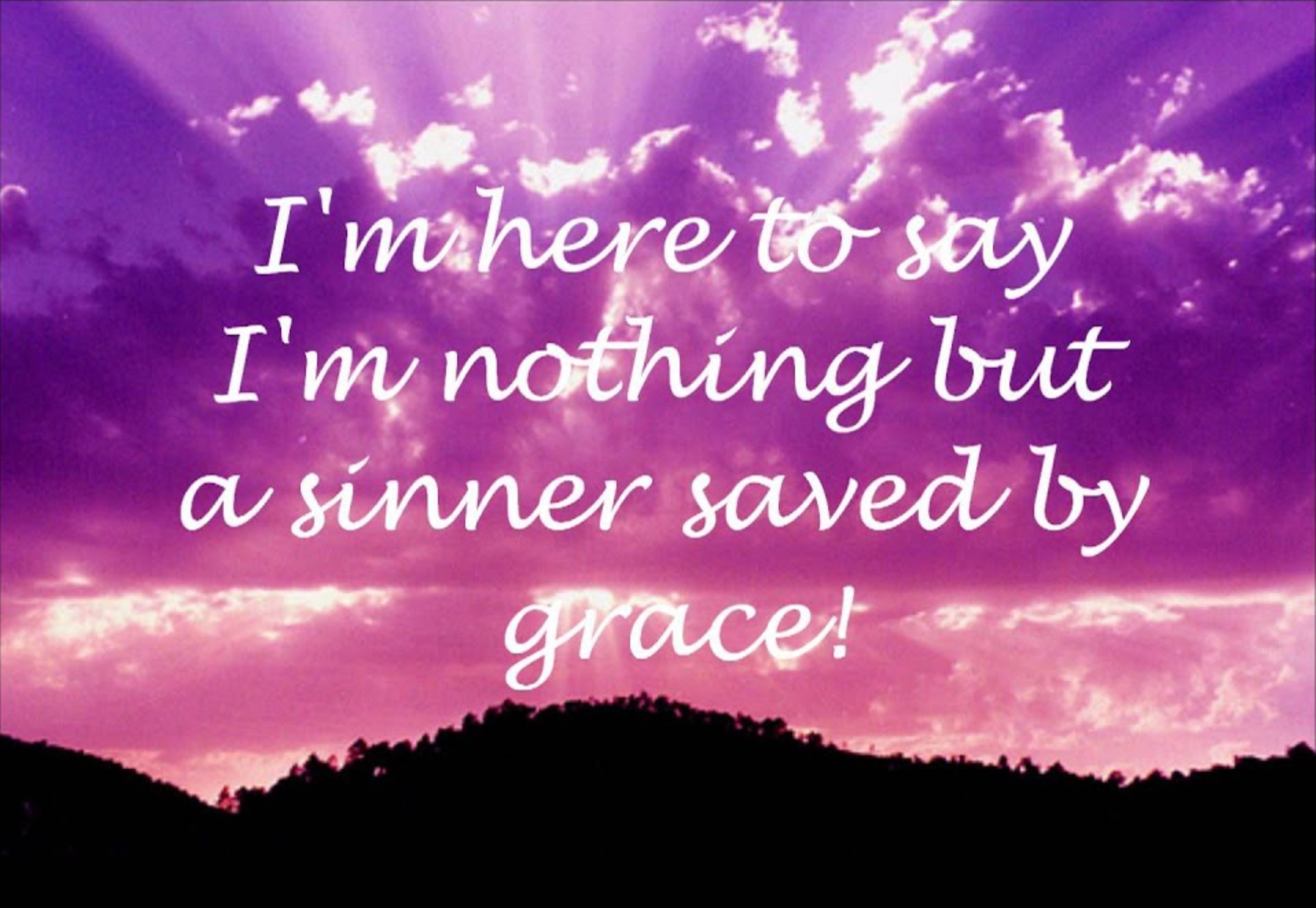 Fellow Christ-follower, learn a lesson from the lepers!  If we are saved by the grace of God and our faith in Him, we do not have to fear judgement.  However, when Jesus returns to take us who believe in Him to be with Him forever, we need to be busy about our Father’s business.  We have this good news: freedom from punishment for our sins, deliverance from demons of oppression and fear, knowing that we will live forever whatever suffering we may endure here on earth; and to NOT share it would be like those four lepers if they had continued living in the luxury of the abandoned Syrian camp while people in the city continued to starve!

Jesus IS coming back, probably sooner than later.  Certainly, the Second Coming of Jesus to take His Church to be with Him is closer than when Paul, Peter and John wrote about it in the first century after Jesus’ resurrection.  Bible translation into almost every language on earth, global activities of politics and armaments, social structures of developing nations catching up to developed ones, conflicts for which there appear no solutions – all are setting the stage for the “man of lawlessness” (2 Thessalonians 2:3) who will attempt to establish a world-wide government, and only allow people with a “Mark” to buy and sell.

All he needs is a global event that will cause so much confusion, chaos and fear that the leaders of the nations of this world will be happy for anyone who seems to know what to do.  This event could easily be the “rapture of the Church,” resulting in billions of people leaving the world in “a twinkling of an eye.” (1 Corinthians 15:52)

“For you yourselves are fully aware that the day of the Lord will come like a thief in the night. While people are saying, ‘There is peace and security,’ then sudden destruction will come upon them as labor pains come upon a pregnant woman, and they will not escape. But you are not in darkness, brothers, for that day to surprise you like a thief. For you are all children of light, children of the day. We are not of the night or of the darkness. So then let us not sleep, as others do, but let us keep awake and be sober.” (1 Thessalonians 5:2-6)

You have the best news the world has ever heard.  You have an anointing of God’s Holy Spirit.  You have the guardianship of angels.  Do you dare to NOT share such good news with a friend who does not know there are provisions that can feed the hungry soul, quench the desperate thirst for Truth, and satisfy the heart with knowledge of the Holy?  “This day is a day of good news. If we are silent and wait until the morning light, punishment will overtake us.”

Who will you tell today that Jesus is coming back and they can come along?  Be ready.